Since the fall of that first man and woman in the fertile Tigris-Euphrates River valley,  humanity has been continuously in need of healing – both physically and spiritually.   Though the Creator cursed the ground from that time on with many thorns and infectious agents, He still mercifully provided an abundance of nutrient-rich foods and healing herbs throughout that lush garden in Eden – and far beyond.  Descendants of Adam and Eve down through the ages have benefited from the tried and true remedies of their forefathers.

Even more amazingly than these gracious provisions, old and new testament scriptures relate a number of accounts in which severe conditions were divinely healed by our great and loving God. Writers carefully detailed the restoration of lepers, barren women, the blind, deaf, lame – and incredibly, in some cases – those who had already physically perished.  What a testimony of His awesome power to those who witnessed such wondrous displays of goodness from the Almighty.  Then, most spectacularly of all, the Son of God Himself conquered death after His crucifixion – fulfilling the prophecies made millennia earlier.   Those who trust in the Messiah for the forgiveness of their sins and repentance were promised healing ‘by His stripes’ – in this life and for all eternity.

Over the centuries, post biblical records worldwide have indicated that well-fed families with healthy, moral lifestyles have been quite successful in proliferating their genealogies – without modern interventions such as vaccines and antibiotics.  These same resourceful people were very astute in utilizing plant-derived medicines to remedy their temporary illnesses.  When Louis Pasteur’s terribly flawed germ theory became popularized in modern history, we began to follow a perilous road which has led more to financial prosperity for pharmaceuticals than to better health for citizens.  Toxicity related deaths continue to soar – especially throughout the western world, where access to medical care is most prevalent. The so-called experts never explain the most obvious error in their commonly applied theory on germs – why most people exposed to infectious diseases do not actually manifest any symptoms.  The truth is that we all receive the bad microbes – simply by breathing the air that carries them.  Even so, those who become ill are only the people in a weakened state of immunity due to being highly toxic, under-nourished or over-stressed.  The same is true of various types of non-contagious maladies – like cancer.  An adequate number of strong, flourishing cells will prevent unhealthy ones from metastasizing and destroying the body tissues of an individual.

Our God created us so marvelously, with complex systems designed to resist the most harsh microbes and to overcome a vast number of potential interior malfunctions.   If we are wise stewards of these incredible bodies of ours, they can become fully healed and amazingly productive in this brief existence.  By choosing a balanced diet of unprocessed foods, reducing unnecessary stresses, and avoiding toxic exposures – we can be highly successful in optimizing our potentials to accomplish all the Creator intends for an influential contribution in this vast and needy world.

Healing Quote: “The doctor of the future will no longer treat the human frame with drugs, but rather will cure and prevent disease with nutrition.”  – Thomas Edison

One thought on “Healing Lessons of History” 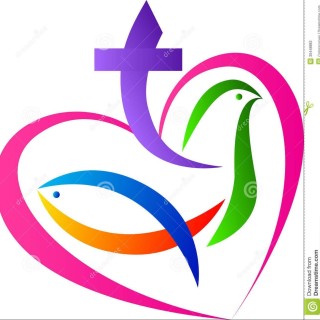